So I have lived in Pilsen since 1998 and have curated many art exhibits over the years. I have since moved out of Pilsen. I plan on continuing to do art shows in one way or another. For now Antena is on hold. Thank all of you for your support over the years and see you soon. 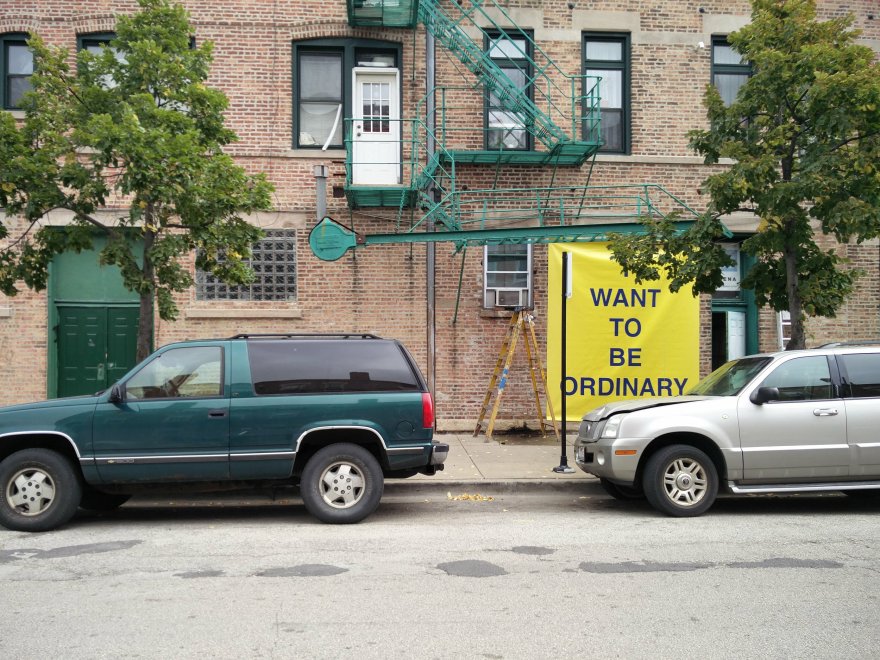 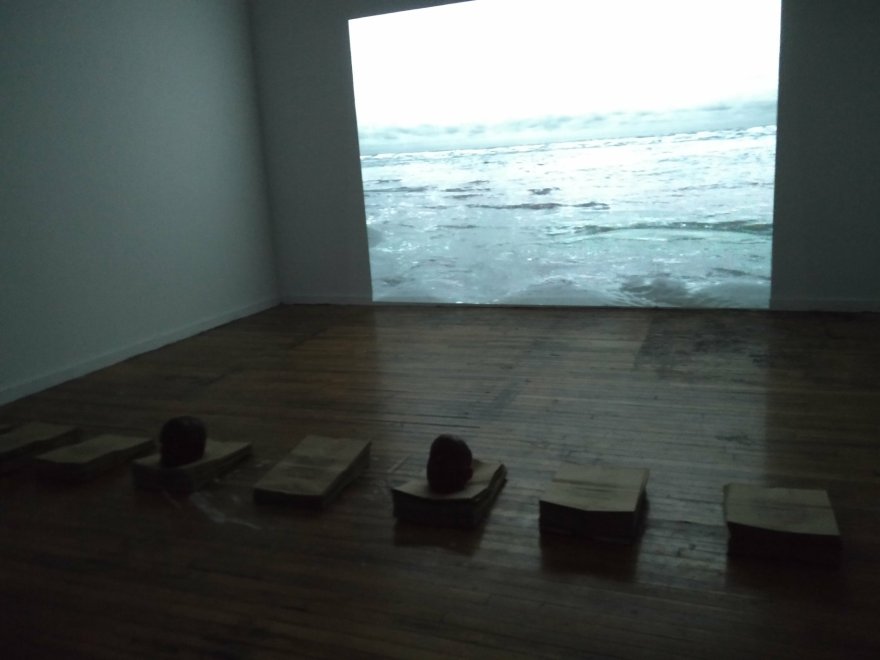 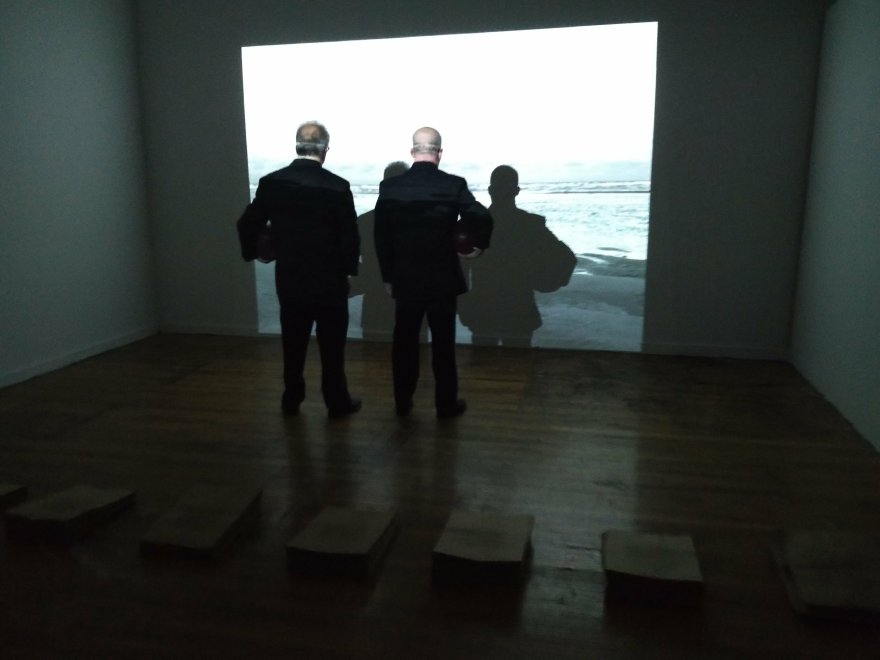 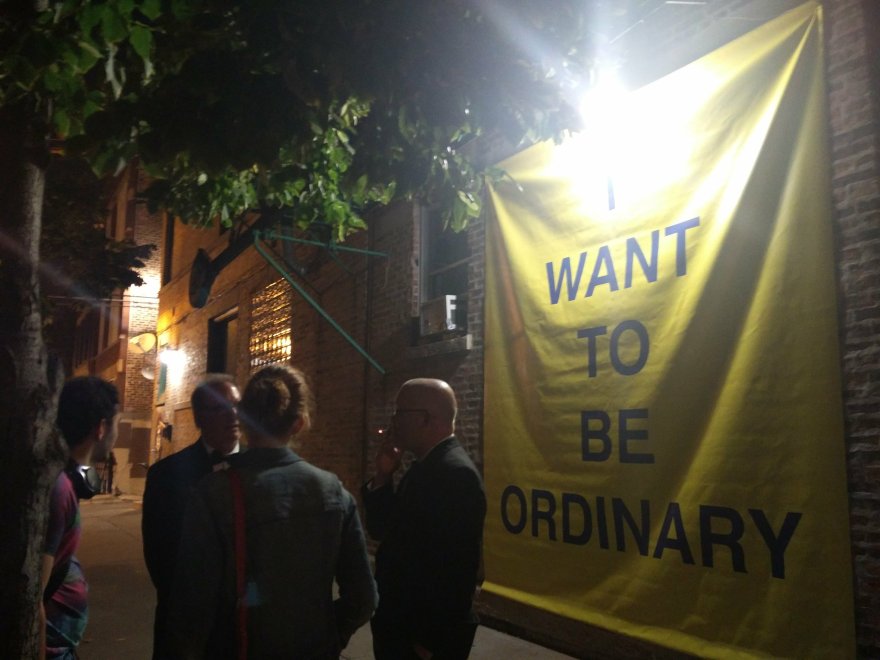 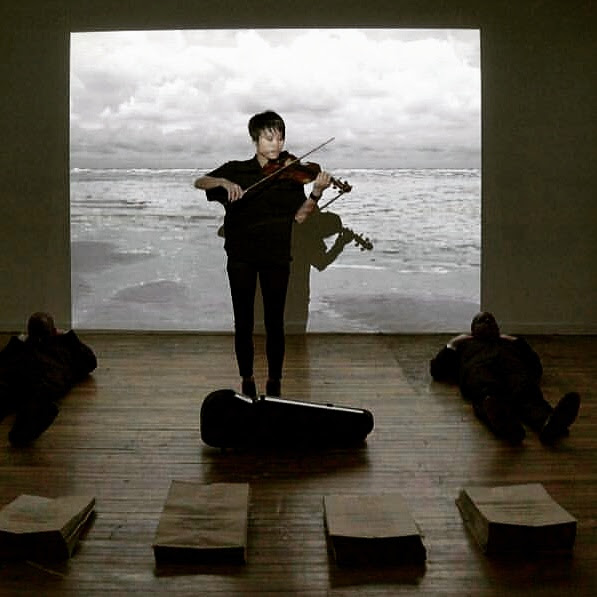 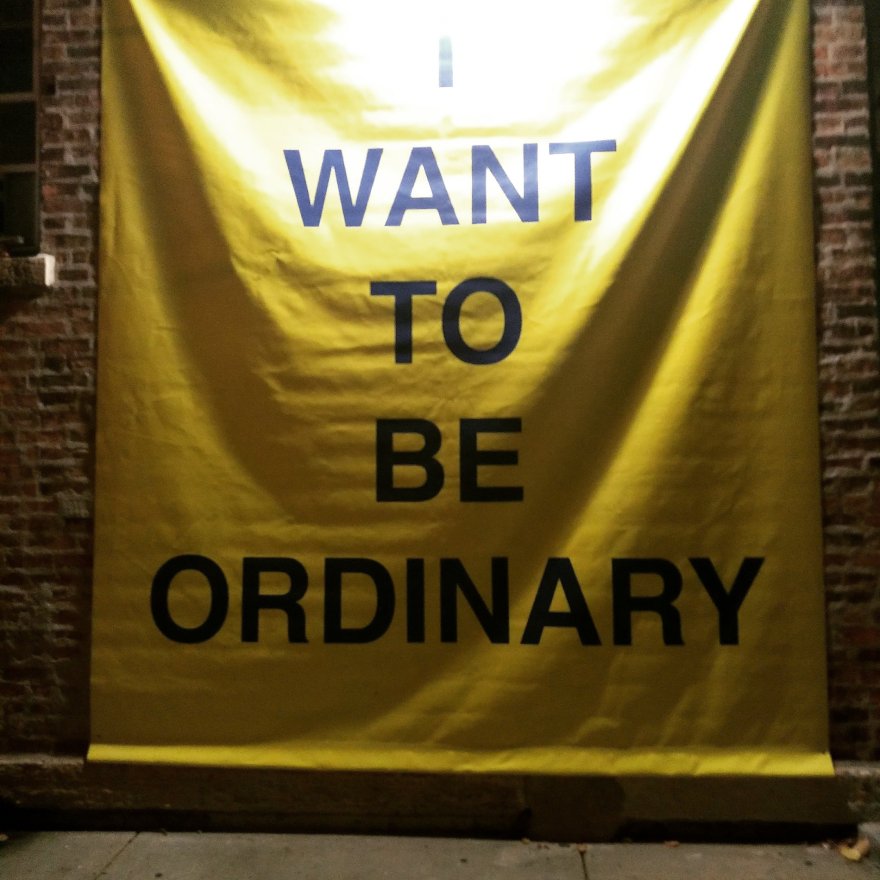 As English artists living in America, Industry of the Ordinary have lived and worked in both countries for some time. Recently the rise of patriotism, intolerance, xenophobia and hysteria has affected communities on both sides of the Atlantic. The candidacy of Donald Trump and the very recent ‘Brexit’ vote in Britain to leave the European Union are the most obvious examples of this. It is becoming acceptable to express intolerant and racist views as politicians have created a celebrity racist class to afford cover for these opinions and their public expression.

Industry of the Ordinary are currently working in England and are in the process of completing a video and audio installation that confronts the feelings of claustrophobia and dread that have engulfed large swathes of the populations of both Britain and America. We propose to show this work, in an expanded form, at Antena, incorporating material gathered and produced on both sides of the Atlantic. 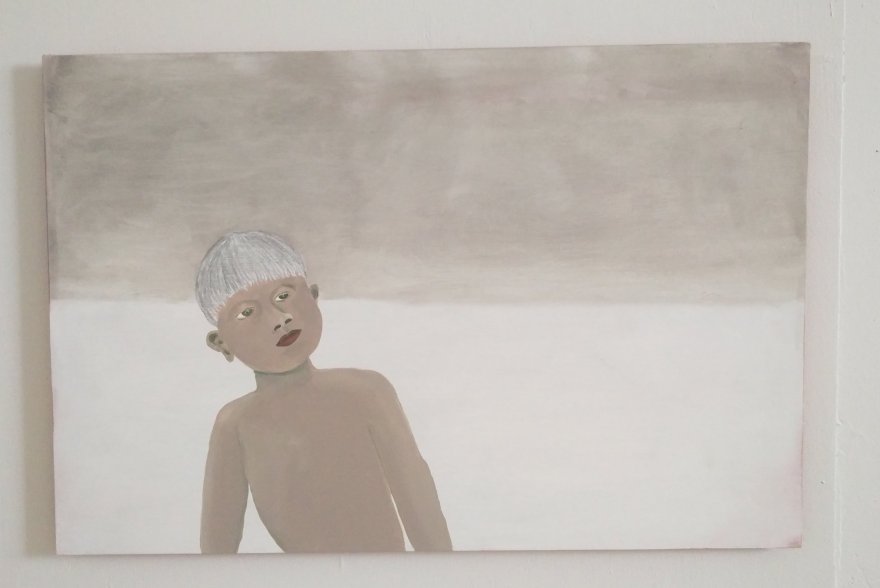 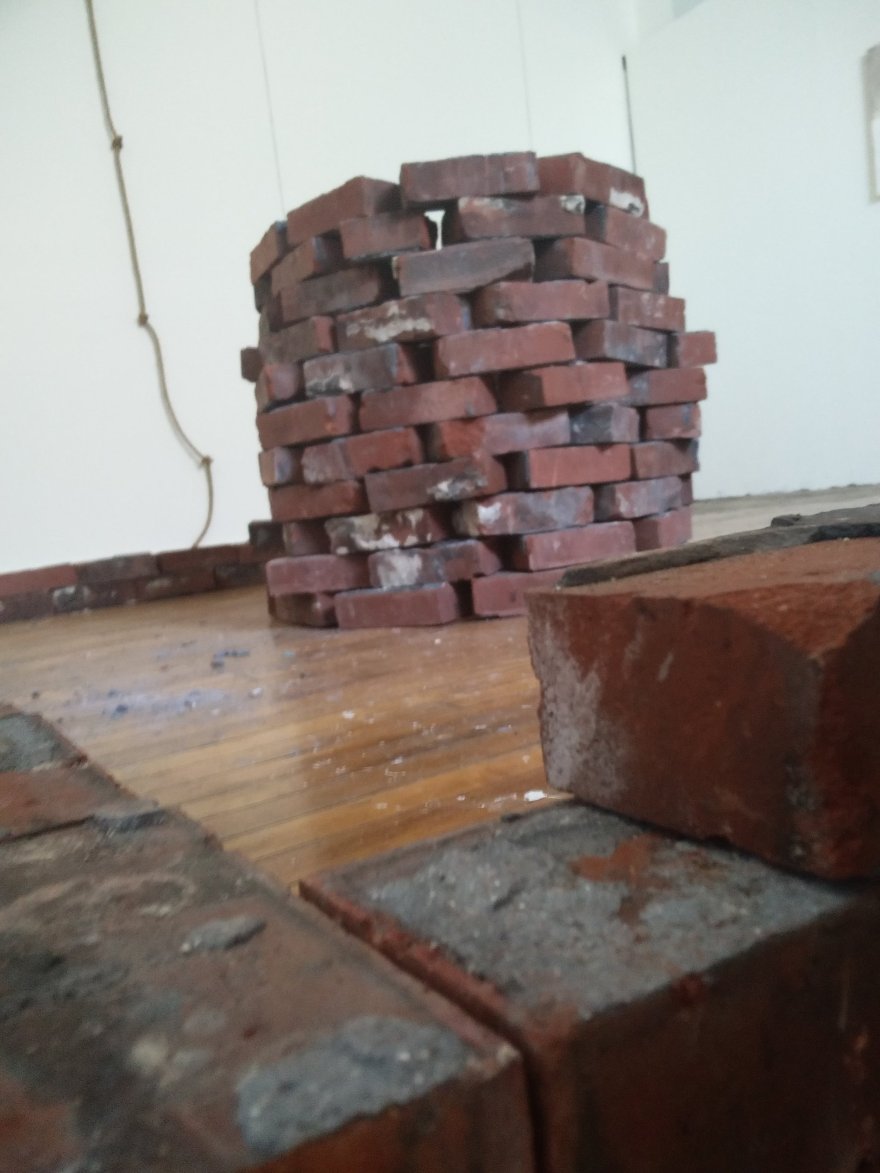 Saúl Aguirre is a Chicago based multidisciplinary artist/curator born in Mexico City. He studied at the School of the Art Institute of Chicago. Aguirre is has been a continuous contributor and collaborator with Antena and the now defunct Polvo art collective. Aguirre’s recent performances have captivated the viewers for the dramatic slow movements to portray his response to social issues; his paintings reflect the relationship we encounter with society and the problems we face manipulating images that are not to be expected. He has exhibited in Gallery 414 in Fort Worth, Texas; Center for Book and Paper Arts at Columbia College, Chicago; Escuela Superior de Educacion Artistica, Huaraz, Peru; He has been considered a standout at NEXT 2010 Chicago by Pedro Velez who is an artist and critic living in Chicago. His artwork is part of these public collections: Casa de Cultura Calles y Sueños, Juchitan, Oaxaca, México; Escuela Superior de Formación Artística, ANCASH-Huarz Perú. http://www.saulaguirre.com/

From NEW CITY
By Kerry Cardoza

“The cop smelled the pork,” a man jokes.

A few dozen people, including the aforementioned police officer, gathers on the sidewalk outside Pilsen’s Antena gallery on a chilly July night, eating barbecue and fruit salad. They came for the opening of “Wind Chimes,” a sound installation by the Chicago-based artist and radio producer Jeff Kolar.

The project, up for most of July, consists mainly of three copper wind chimes attached to custom electronics hung in the trees on the sidewalk outside the gallery. The chimes are wind-powered and, in addition to the sound of the copper resonating, nearby speakers play electronic sounds produced by the artist. A small sound work is also on display inside the gallery proper. This is Kolar’s first outdoor sound installation, but as with much of his other work, you really have to be there.

“I’ve always been interested in unconventional, temporary and ephemeral ways in which artwork can be presented,” he says. Previous projects have involved reprogramming the audio of an ice-cream truck with circuit-bent variations of percussive sounds (“Ice Cream Truck Songs”) and “Car Alarms,” a set of custom-made security alerts available for installation in vehicles.

In the internet age, Kolar’s work is refreshing for its immediacy and intimacy, qualities also inherent in Radius, an experimental radio broadcast he founded in 2011. “I think in particular sound is a medium that I hope can still hold mystery,” he says. “I think in a lot of artwork, or life in general, mystery is being stripped more and more away.”

As Kolar’s work is largely installation-based and/or performative, it lends itself well to a place like Antena. Miguel Cortez, who directs the space, says it’s not exactly a gallery. “It’s more like an experimental space where artists can come in,” he says. “They don’t have to worry about selling. They can just experiment with the space and go nuts with it. If I know their work, then I trust that the show will be good.”

Kolar performed at the gallery a few years back, and Cortez was enough of a fan of his work to invite him back for the summer. A magnet advertising Kolar’s “Car Alarms” project was visible on Cortez’s fridge on the night of the opening.

The ephemeral nature of many of Kolar’s projects relate to other contemporary peers doing similarly short-lived work. David Horvitz, a Brooklyn-based artist who often uses the mail or the internet to execute his projects, is in some ways also rethinking the boundaries of the art community. In one project, if you PayPal the artist one dollar, he will think about you for one minute. He emails you when he starts thinking about you and again when he concludes. For the 2016 Frieze Art Fair, he hired a pickpocket to place small sculptures in the pockets of attendees. The sound artist Miya Masaoka also recalls Kolar’s ephemeral practice—her performances have involved mapping the movements of insects to sound or using medical equipment, like EKG and EEG sensors, to record “internal body sounds” and then use the real-time information in her show.

“Wind Chimes” in particular strikes a certain mood. While Kolar often makes work that references chimes or alerts, what he calls “sounds you get accustomed to,” he says hearing a wind chime really tells you “to sit down and relax.” He also likes that the project is “ultra specific to being the sounds of the summer.”

Situated on the corner of Laflin and 18th street in Pilsen, the pieces are sure to interact with a lot of passersby throughout the month. Kolar was drawn to the passive nature of the installation. He likes the idea that people in the neighborhood might not notice them right away, but Cortez doesn’t think this will be the case.

“I think people will notice them,” Cortez says. “I think they’ll be pleasantly surprised to find where that noise is coming from.” One of the chimes emits a low hum. Another broadcasts a din of white noise. Copper in particular is a very resonant metal, but the wind wasn’t strong enough on the night of the opening to produce many chimes.

“I like this idea of an echo,” Kolar says. “And kind of like hearing the wind whistle through the city.”

“Wind Chimes” is a multichannel, wind powered sound installation composed for prepared copper wind chimes and custom electronics. “Wind Chimes” will be installed outdoors hanging from tree limbs on the 1700 block of South Laflin Street in Chicago for July 1 – July 29, 2016.

Jeff is a free103point9 Transmission Artist, and the Founder and Artistic Director of Radius, an experimental radio broadcast platform. Since 2011, Radius has commissioned over 50 original radio works by artists from over 20 different countries.

In 2013, Time Out New York awarded his work with choreographer Jennifer Monson as the “Best Dance of 2013”. He has also composed music for dance at the Dance Improvisation Festival at Columbia College Chicago (Chicago, USA), American Realness at Abrons Art Center (New York, USA), and Open Studio at the Krannert Art Museum (Champaign-Urbana, USA).

His work has been released on a variety of record labels such as Panospria (Canada), HAK Lo-Fi Record (France), free103point9 (USA), and has appeared in compilations by Furthernoise.org, iFAR (England), and Sonic Circuits (USA). His video work was published in the DVD journal ASPECT: The Chronicle of New Media Art.